Biennal of sculpturs of Lasne

The artists are present on weekends from 9 am to 6 pm and during the week from 2 pm to 6 pm. 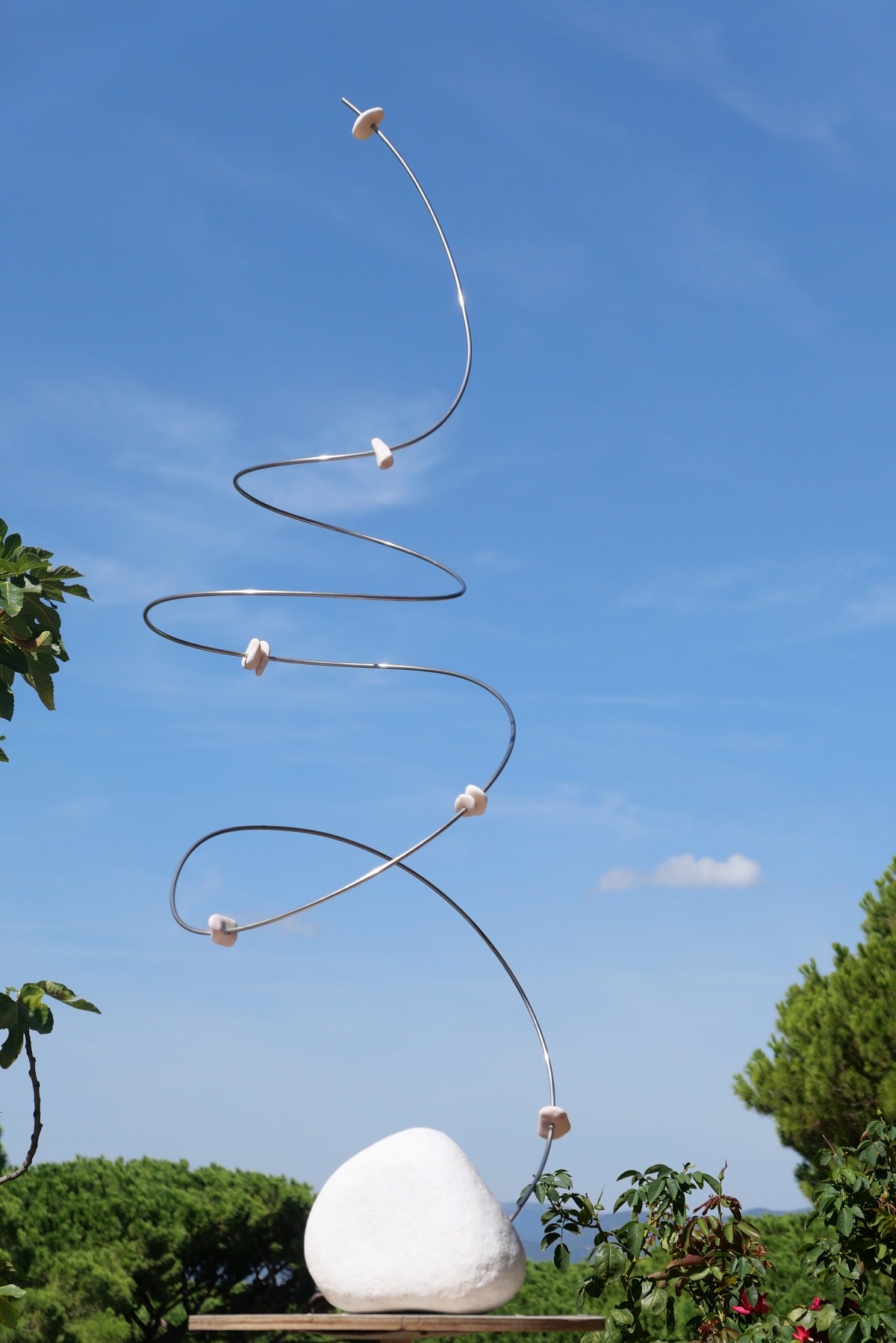 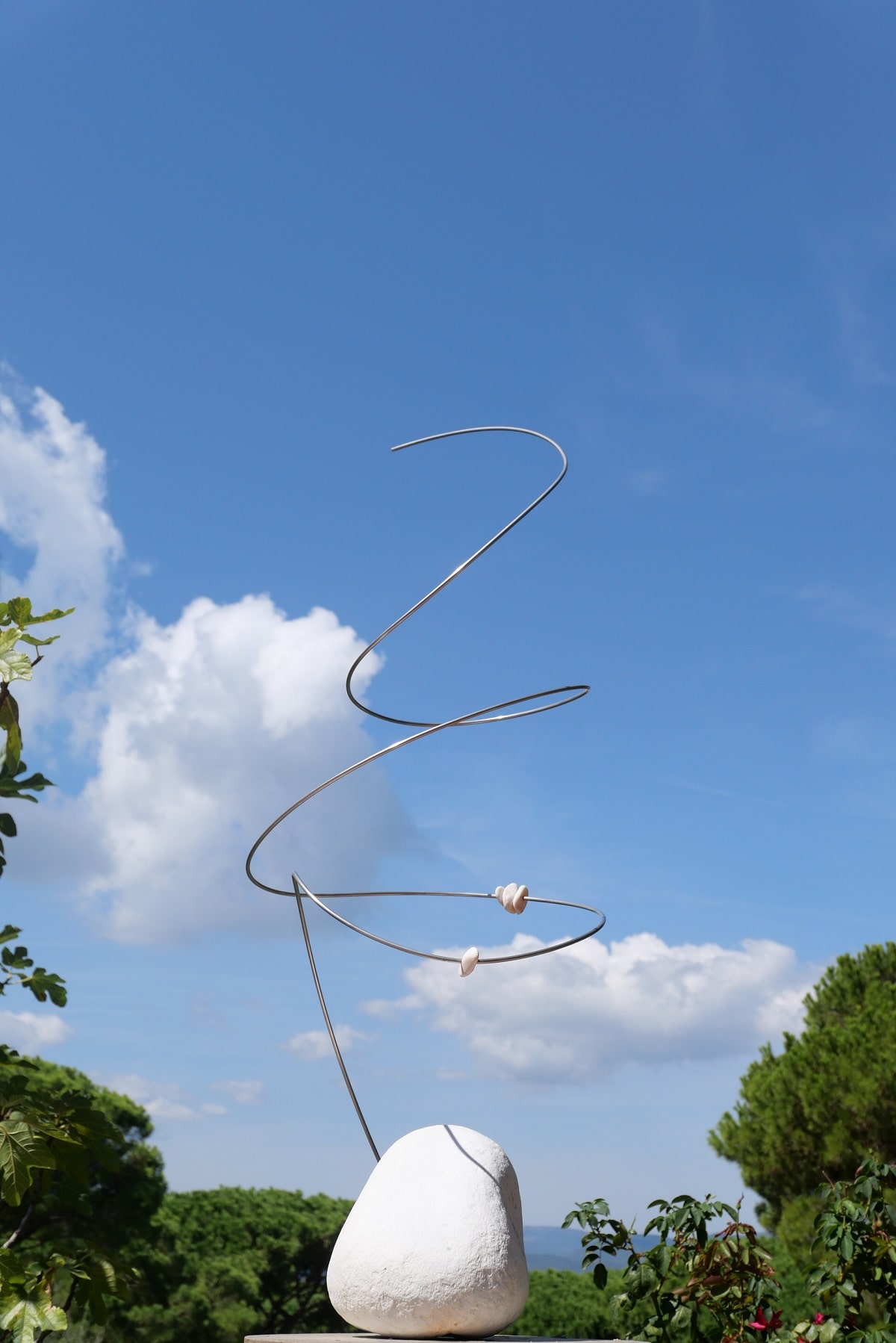 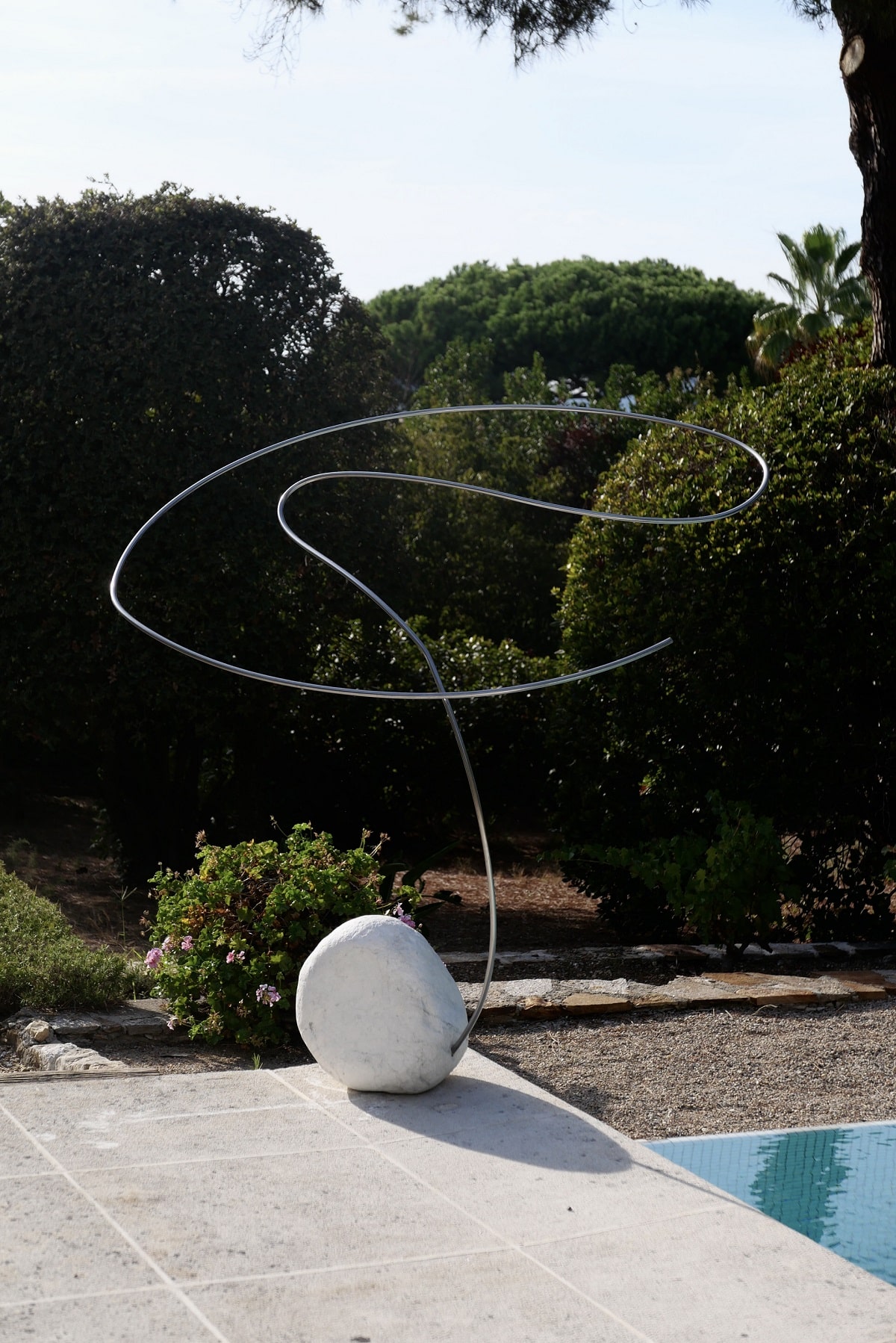 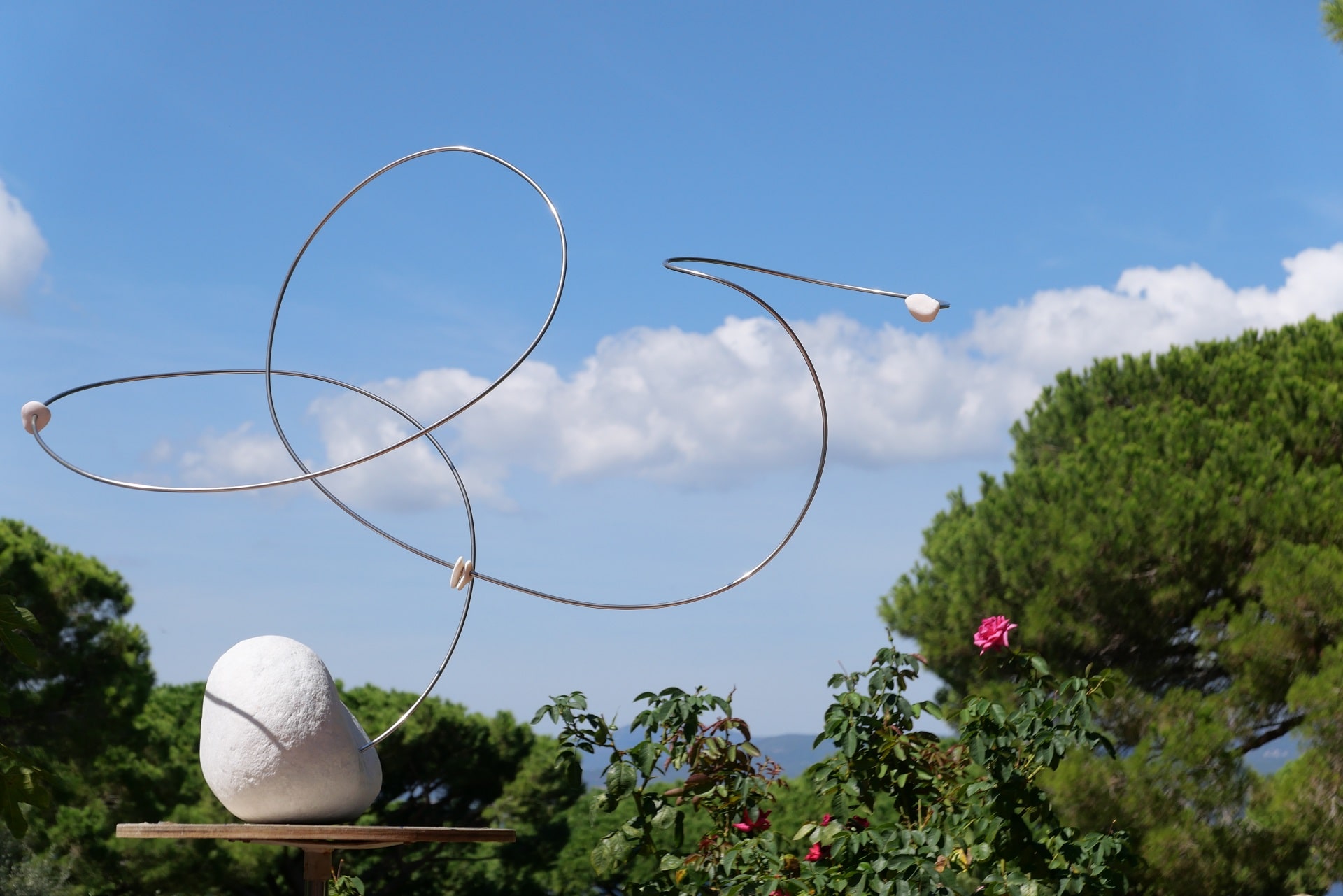 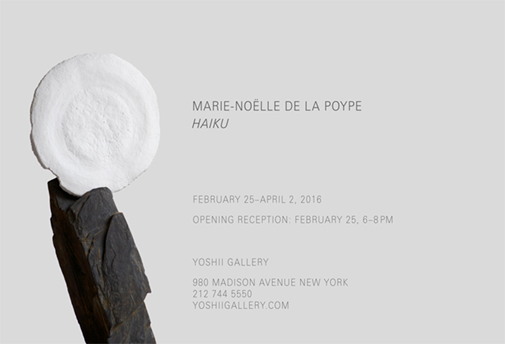 Yoshii Gallery is pleased to present the sculptures of Marie-Noëlle de La Poype for her inaugural solo exhibition in the United States. This exhibition pairs new works from her Sun and Split series (2009-present) with traditional haiku, a Japanese short poetry form created in the 17th century. Through clever metaphors and metonyms, haiku capture the essence of the natural world, daily life, and profound human feeling in only 17 syllables. This exhibition features poems by literary masters Basho, Buson, Tagami Kikusha, and Takahama Kyoshi. Like haiku, de La Poype’s sculptures give a primary impression of simplicity, but on closer inspection they reveal much more: Sentiments and sensations recalled from another time and place. A subtle elegance only paralleled by nature itself.

For her featured Sun and Split series (2009-present), de La Poype acts as a curator of the great works of the earth. Each sculpture evokes the balance of the cosmos suspended in slate, cetacean bone, and resin. Japanese sculptor Isamu Noguchi (d.1988) said of stone, “When I tap into it, I get an echo of that which we are. Then the whole universe has resonance.” De La Poype amplifies this echo, revealing the relationship of man and nature through her poetic sculptures.

Marie-Noëlle de La Poype was born in Belgium in 1949. She followed an unorthodox path to her vocation; studying art in her early life before earning a doctorate in law at the University of Brussels, and later representing Belgium as a champion golfer. She arrived as a sculptor as if by instinct, her vision ignited by the natural landscapes of Patagonia, South America and Anjou, France. She currently lives and works in France. Her sculptures reside in a number of collections across Europe including the Museum of Contemporary Art Ixelles, Belgium, Palais Bulles, France, Le Foyer Collection, Luxemburg, as well as public and private collections in China and South America.